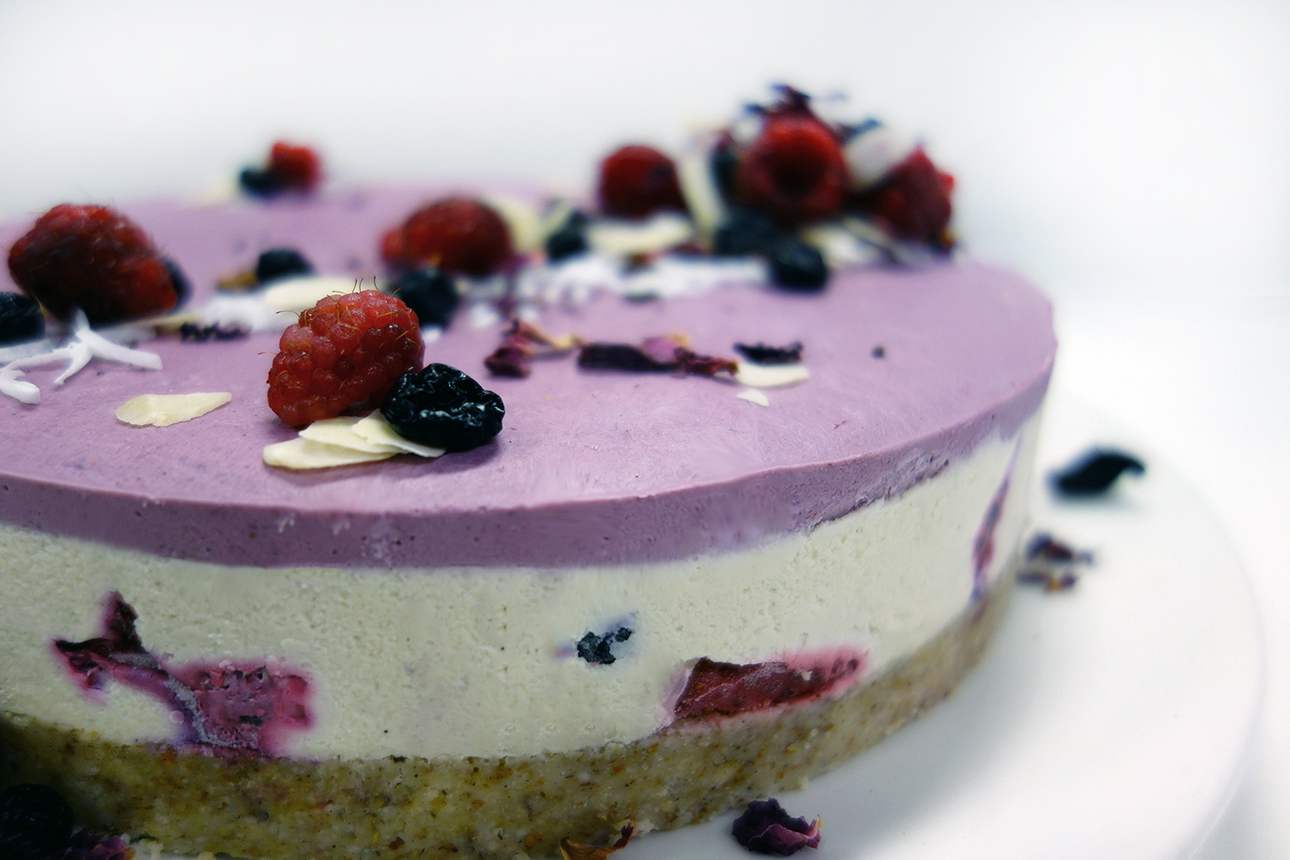 When it rains it pours! Everyone at my work seems to be leaving at the moment (including me!). With all these endings, new beginnings are a certainty which means there is room for new insight and opportunities – e.g your loss is my cake. I have gotten a bit of reputation for raw cake making in the office, so when my gluten/dairy/sugar intolerant co-worker announced her resignation, her lovely friends commissioned me to make a cake.

The brief was short – make something delicious. Oh, and she doesn’t care for chocolate. Eeep – pressures on! 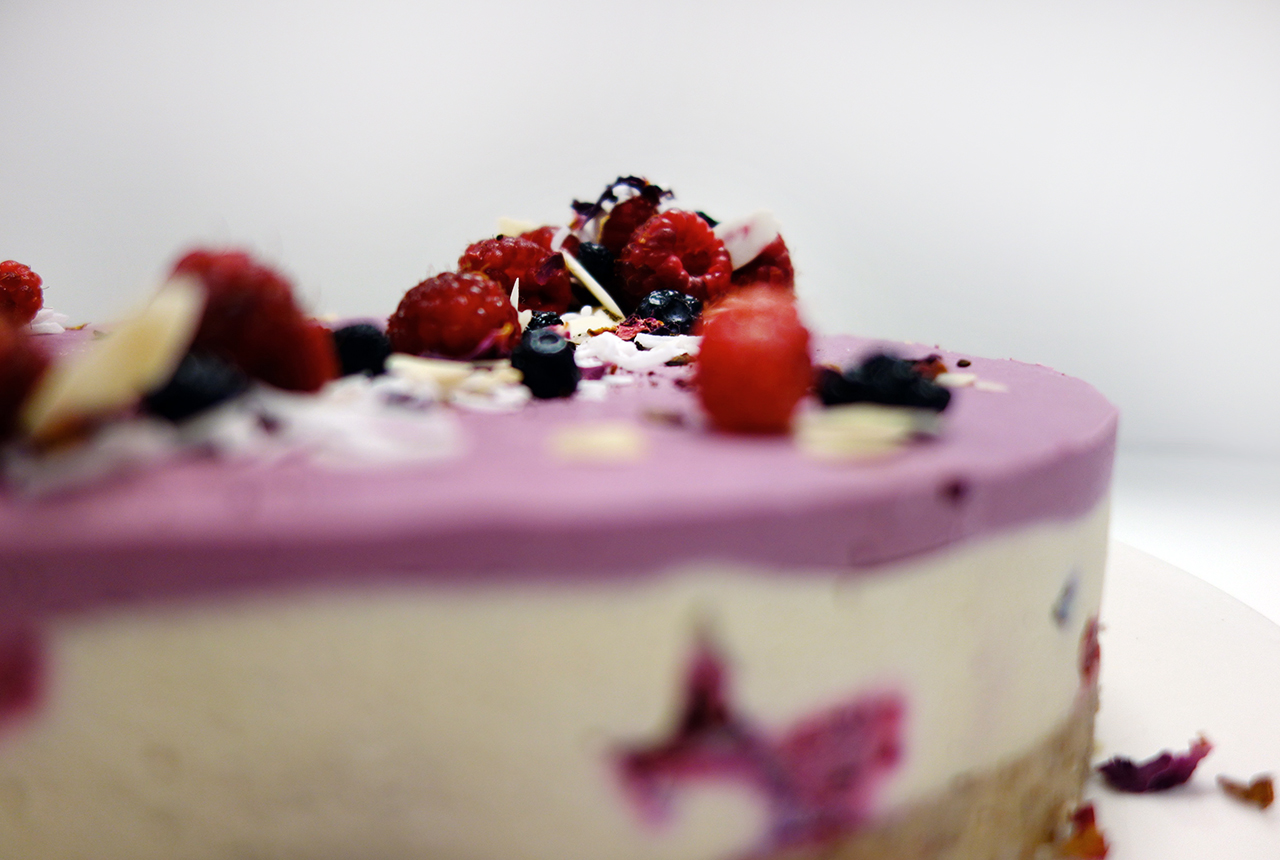 I wanted to make something prettier than I have ever made before so I jumped on the web for inspiration. Of course Pana Chocolate came up. Of course. I don’t know how they do it and make everything look so damn pretty, but I was up for a challenge.

I feel it all worked out well – the berries in the middle layers add some pretty pop next to the stark white and the asymmetrical berry party on the top is visually a bit different than your normal sequentially patterned decorations. The best thing? It wasn’t that hard :D! #winning! 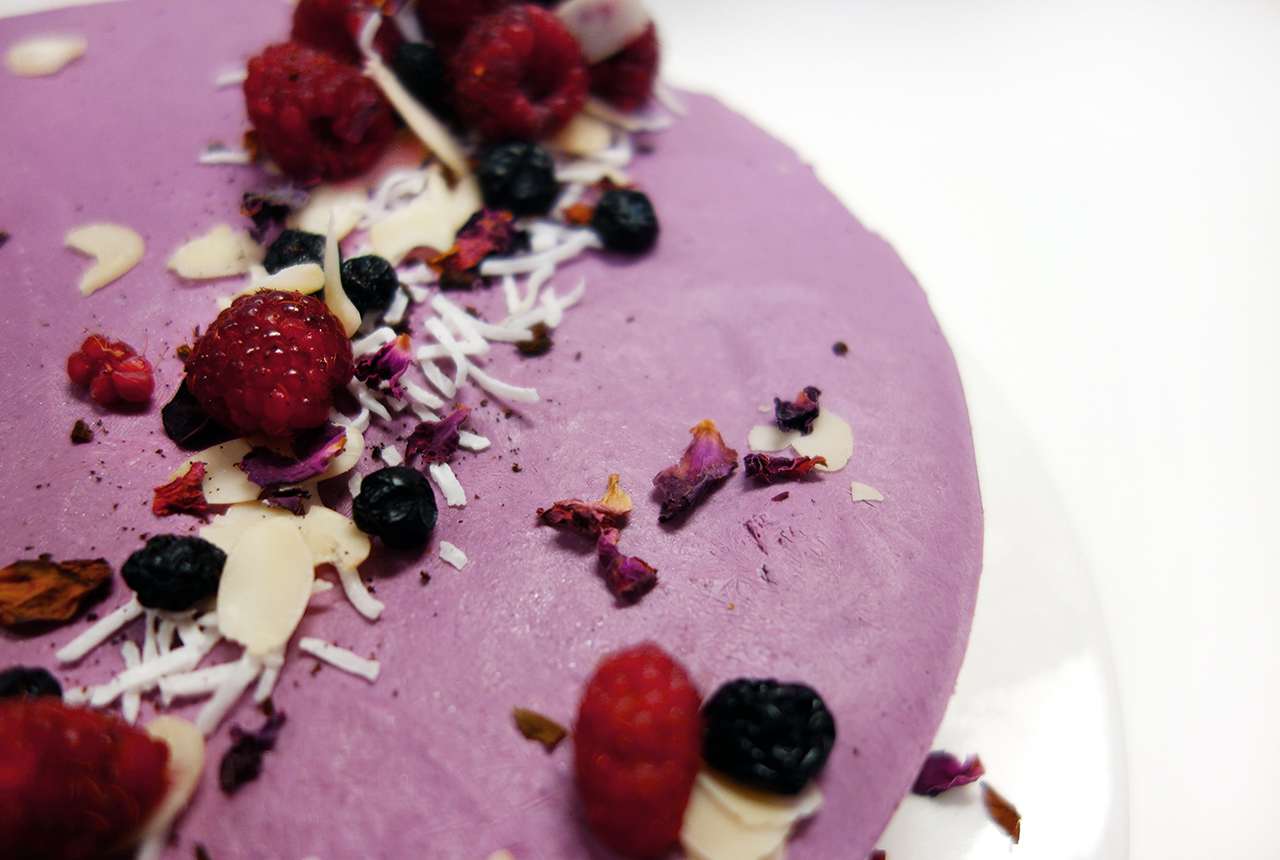 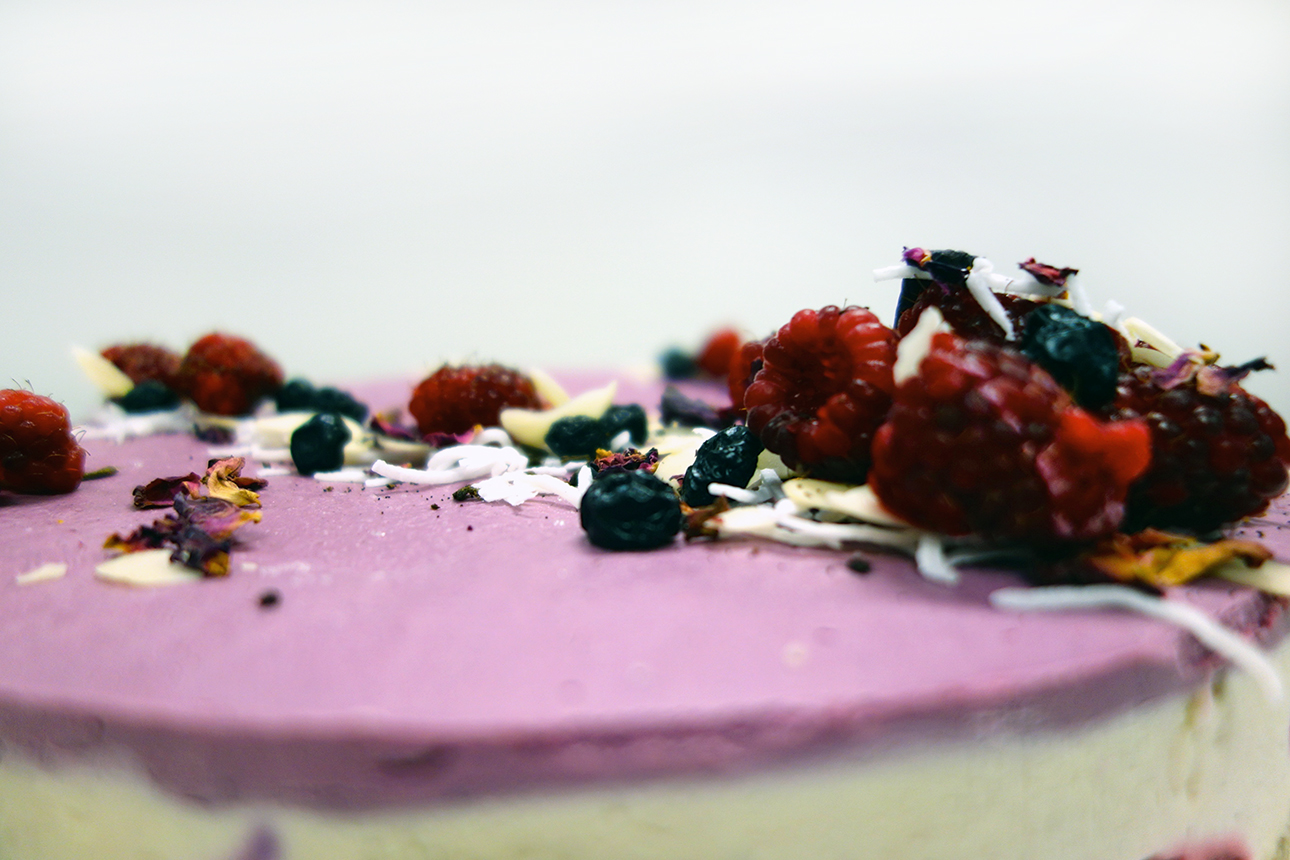 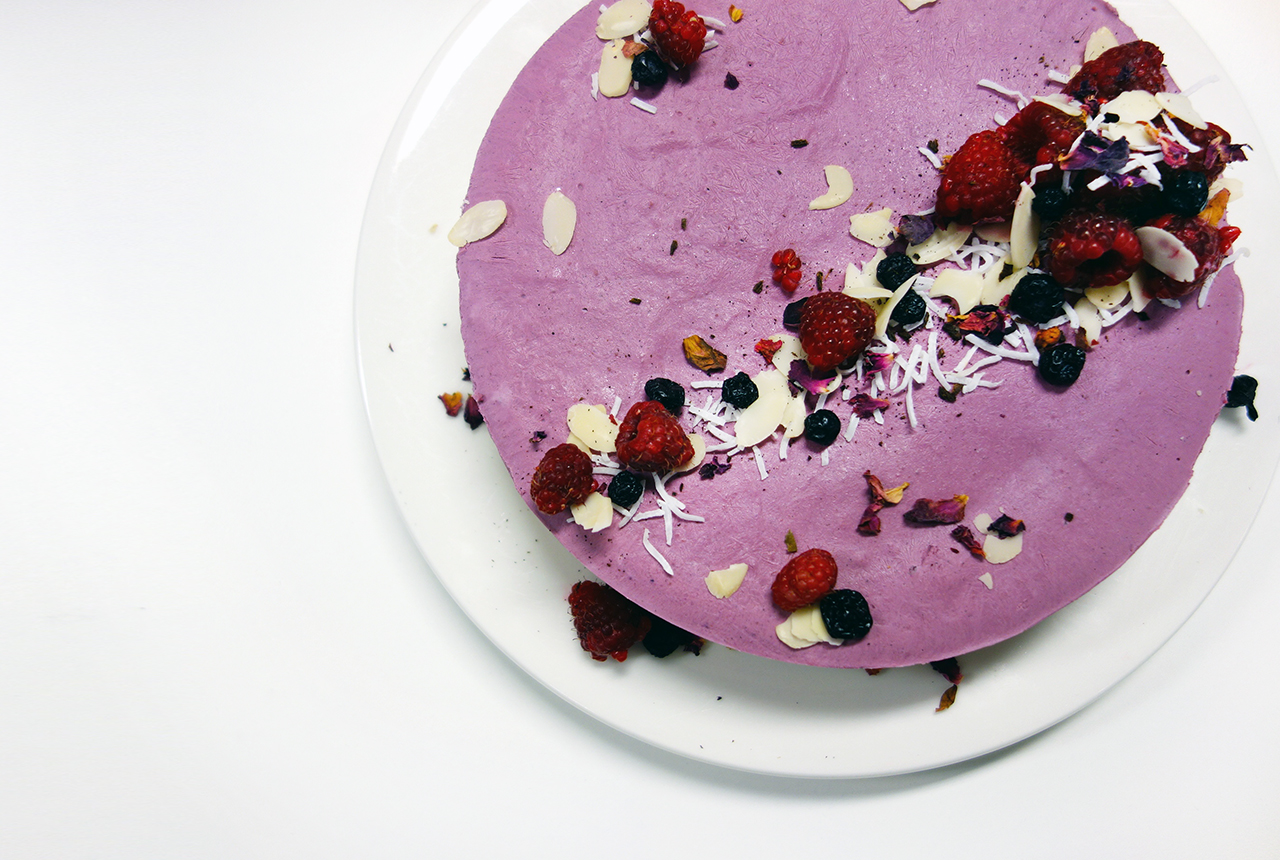 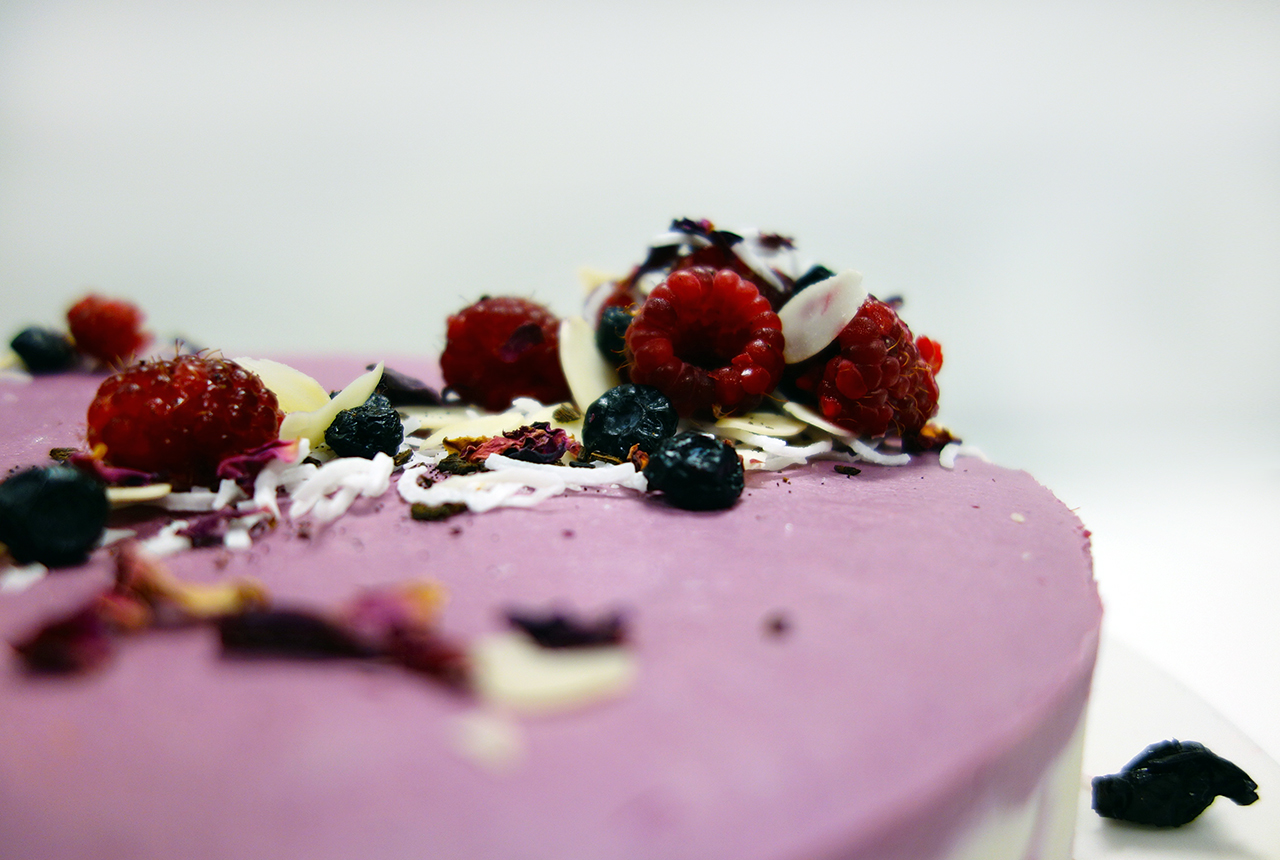